U2 was turned down for an outdoor stadium—the Mexican authorities were scared of that. Instead they’ll play two nights in an indoor arena.

There’s a lot of sleeping on the journey. When my watch says it’s almost landing time I assume something’s wrong: there are no suburbs or outskirts, no life at all in the barren expanse below us. I figure we must be at least an hour away. Then we pass over an abrupt eruption of high mountains, skirt through the clouds, and holy smoke, there is in the basin of the mountains an apparently endless crater filled with the biggest urban area I have ever seen. And we fly over it and fly over it and fly over it; it seems to have no end. Even the bippest metropolis—New York, London, Hong Kong—covers only a small area from the air. You fly over satellite towns and half-developed areas for a while before the big city looms up. Not this place! Mexico City is, by population, the biggest city in the world. Ringed by rugged mountains, it has no outskirts. You are in wilderness and then you are in urbania, and urbania seems to go on forever.

Some of the vastness comes from the lack of skyscrapers. It is as if God lined up New York, Chicago, Houston, and Toronto, lopped all the tall buildings down to three- and four-story structures, and then flung them across the horizon. The population here is estimated at twenty million, but no one pretends to have any real idea; it’s uncount­able. Aside from being the capital of Mexico, it is the magnet for refugees fleeing political and economic hardship all over Latin America. Mexico City is the cultural center of all the nations between Texas and the South Pole

Tomado de:U2 at the end of the World, por Bill Flanagan 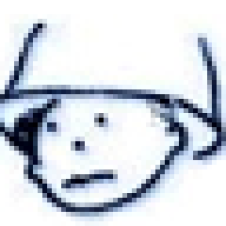